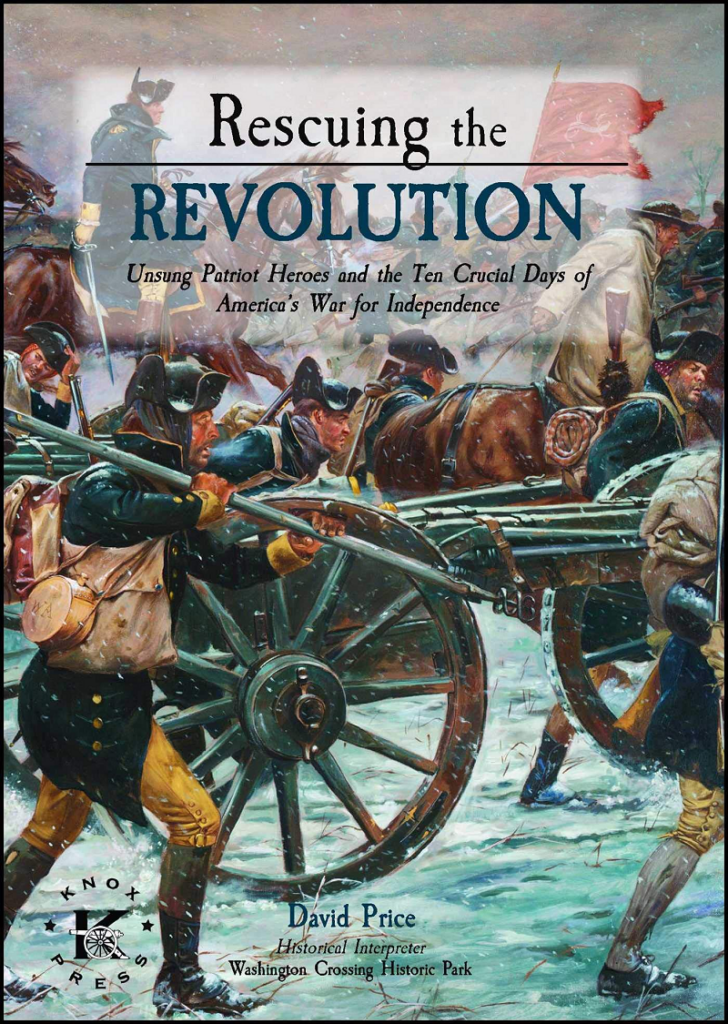 Unsung Patriot Heroes and the Ten Crucial Days of

(Knox Press, 2016, ISBN 978-0-9980593-0-3) The victories achieved by the American cause from December 25, 1776 to January 3, 1777 in the war for independence from Great Britain were the product of bold and imaginative leadership on the part of George Washington and his fellow generals, miscalculation by the enemy, and the fortuitous effects of weather as it related to the movement of troops and battlefield conditions. But those storied triumphs were also due to the heroic feats of people less well known to history who remain the “unsung heroes” behind our nation’s struggle for independence during its darkest days. This book offers a concise but detailed account of a critical moment in our national saga by focusing on the exploits of several obscure individuals and their importance to the momentous events that altered the course of the conflict. These nine men and one woman distinguished themselves in the service of what George Washington famously termed “the glorious cause,” and they receive due recognition in this "well-crafted" recounting of their contributions to the Revolutionary enterprise.

Praise for RESCUING THE REVOLUTION

“Rescuing the Revolution: Unsung Patriot Heroes and the Ten Crucial Days of America’s War for Independence presents ten unique stories of lesser-known heroes whose courage and patriotism contributed to our nation's quest for independence. Through this informative and well-crafted account, Price provides each of these individuals with an honored place in the history of the American Revolution.”
—Jennifer Martin, Executive Director, The Friends of Washington Crossing Park

“Rescuing the Revolution: Unsung Patriot Heroes and the Ten Crucial Days of America’s War for Independence is a well-crafted narrative, combining impeccable research with great writing to tell the stories of common people whose bravery and patriotism changed the course of history.”
—Judi Biederman, Regent, Washington Crossing Chapter, National Society Daughters of the American Revolution

“I was extremely engaged by the author's thorough knowledge of the Revolutionary War and his passion for the ‘Ten Crucial Days’ of that conflict. He is the best, a historian who is bringing history to the people through his work as a historical interpreter, his writing, and his presentations on this terrific book.”
—Joseph Garrera, Executive Director, Lehigh Valley Heritage Museum

“A solid, workmanlike book that highlights the contributions of ten people who served the Revolution in what historians call the "Ten Crucial Days" from December 25, 1776 to January 3, 1777.”
—Daniel Moran, Ph.D., Adjunct Professor of History, Monmouth University

What do readers think of RESCUING THE REVOLUTION?

They can be purchased online here by selecting the desired book and a listed bookseller, or you may choose to support the gift shop at one of the following historic sites: