Who is David Price? 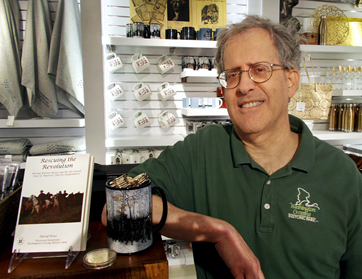 David is the author of four books about the American Revolution, which are available wherever books are sold (see bottom of page).  These include:

David's blog focuses on a variety of subjects relating to the Revolution.His blog posts are displayed under the Speaking of Which tab above. You can receive new posts automatically by entering your email address in the footer on any page and clicking on "Subscribe." Reader comments are listed on the Contact page here.

A historical interpreter at Washington Crossing Historic Park in Pennsylvania and Princeton Battlefield State Park in New Jersey, David has written for the Journal of the American Revolution and by invitation for the Princeton Battlefield Society's An American Revolution Diary, the Swan Historical Foundation newsletter, and the Washington Crossing Historic Park Annual Program Book (see below). In addition, his work is recommended on various websites relating to the Revolutionary War.

>  Patrick K. O'Donnell—bestselling author and “one of the world’s preeminent military historians” according to the U.S. Army's Military Review—has praised David's work, calling JOHN HASLET'S WORLD "the definitive treatment of this hero" and THE ROAD TO ASSUNPINK CREEK "must reading for anyone interested in the Revolution."

>  JOHN HASLET'S WORLD is included on a list of Exciting New Books on the American Revolution compiled by Harry Schenawolf, Senior Editor of the Revolutionary War Journal.

>  David was awarded a National Society of the Sons of the American Revolution Certificate of Appreciation for THE ROAD TO ASSUNPINK CREEK.

>  David's books are among those recommended by the American Revolution Podcast (here and there), Princeton Battlefield Society, Ten Crucial Days.org., and HistoryAuthorTalks.com.

>  David's article on Thomas Knowlton's Revolution was selected by the editors of the Journal of the American Revolution to be republished in the 2022 JAR Annual Volume (the eighth consecutive uniform volume of selected articles from the previous calendar year). This hardcover book includes the best historical research and writing published by the journal during the prior calendar year as determined by the editors. It is available from Westholme Publishing, Amazon, or wherever books are sold.

>  JOHN HASLET'S WORLD was chosen as a reading selection of the Delaware State Society of the Daughters of the American Revolution book study group.

>  David has been a "featured author" at the Princeton Public Library Local Author Day event in Princeton, NJ. 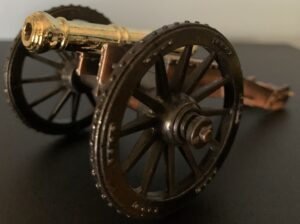 >  David's next book, The Battle of Harlem Heights, 1776, is under contract with Westholme Publishing as part of its Small Battles Series (publication is anticipated in November 2022). Westholme is collaborating with a pair of distinguished scholars—Lender (author of Cabal!: The Plot Against General Washington) and James Kirby Martin (author of Benedict Arnold, Revolutionary Hero: An American Warrior Reconsidered), series editors—to offer a fresh and important new perspective on the story of America’s early military conflicts that focuses on these engagements at their most intimate and revealing level. More information about the volumes in this series is available here.

>  David's work has appeared in the Journal of the American Revolution (JAR), the leading online source of new research on the Revolution and Founding Era. His articles include:  When War Came to the Thompson-Neely Farmstead, Thomas Knowlton's Revolution, The Battle of Mamaroneck, Edward Hand's American Journey, and The Significance of John Cadwalader.

>  David has written articles for the Winter 2021 Swan Historical Foundation Newsletter and the 2021-2022 Washington Crossing Historic Park Annual Program Book about what motivated Continental soldiers and militia to serve in the American Revolution.

>  David is a contributing author to AN AMERICAN REVOLUTION DIARY: Reliving Ten Crucial Days of 1776-77 posted on the Princeton Battlefield Society website.

>  David has provided historical consulting to FOX Nation, the streaming platform of FOX News, for an episode of its series, Untold: Patriots Revealed, entitled John Glover - The Hero, focusing on Colonel John Glover, the Marblehead Regiment of Massachusetts, and the "Ten Crucial Days" of the American Revolution.

>  David's article on Edward Hand and his Home appeared in the Winter 2022 issue of the Lawrence Historical Society newsletter, Places in Time.

>  David has reviewed a number of books for Crossing Currents, the newsletter of The Friends of Washington Crossing Park, including works by Nick Bunker, Ron Chernow, Caroline Cox, John Ferling, Larry Kidder, and others at https://www.washingtoncrossingpark.org/news/.